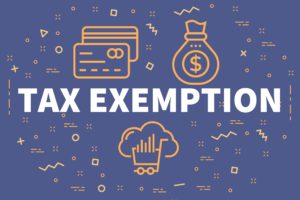 When you think about the 1023 form, which is the form that is required and approved by the IRS to achieve 501c3 tax-exempt status, only one document may come to mind: the 1023 form. However, what may not be immediately clear is that there are actually two 1023 forms: the 1023 standard form, and the 1023-EZ. It is a fair assessment to note that most individuals would want to gravitate towards the 1023-EZ for the simple fact that the name suggests it is easy. Unfortunately, that may not be the best choice for your nonprofit organization. Not only that, but there is a large chance you will not obtain 501c3 approval if you make the mistake of filing the wrong 1023. Therefore, it is essential to know just why the 1023-EZ may not be the best choice for your nonprofit. It is valuable information everyone should know, regardless if you intend to start a nonprofit or not.

To begin, let us discuss what it is about the 1023-EZ that makes it more appealing than its longer, more complicated relative, the 1023 standard form. Clearly there has to be a reason that the 1023-EZ draws in a bigger crowd than the standard 1023, right? You might find yourself strapped for savings when trying to get a nonprofit off the ground, so to see the reassuring sight of the 1023-EZ application being only $275.00 compared to the $600 of the 1023 standard form is a blessing. You can pay a cheaper price and STILL get 501c3 approval? Not to mention the 1023-EZ is only three pages compared to the pages upon pages of the 1023 standard form? If that does not sweeten and seal the deal, then the fact that the 1023-EZ is generally approved faster than the standard 1023 form definitely will. How can you possibly go wrong with the price, shortness of the form, and expedited process of being approved? Based on that information alone, it is clear to see why the 1023-EZ is the one people tend to gravitate towards. There are so many benefits and cut corners with the form. That does not mean that every single nonprofit organization should automatically fill a 1023-EZ out. In fact, there are rules that exist that prevent certain organizations from doing just that. That may be disappointing, but it is best to know why a 1023-EZ is not the best option, and why the 1023 form is important and necessary for your nonprofit.

What information can’t be answered on a 1023-EZ?

The information that cannot be answered on a 1023-EZ are things such as fundraising programs, family and business relationships amongst the directors, compensation of the directors, past and present activities within the organization, and goods, service and grants provided to the organization. In the standard 1023 form, there are places for these things to go. There is also the ability to add an attachment to the form, so you can make sure every single detail is listed and expanded upon. There are no such attachments for the 1023-EZ, so you are very limited to what you can and cannot divulge on your organization. The goal is to let the IRS know everything that is going on within your organization, and how can they if your form does not grant you the ability to share? This is an example of why the 1023-EZ form is not a great option for large organizations.

Now, let us see what the 1023-EZ does cover and what kind of organizations are better suited for using it. If an organization does not plan to have their annual gross receipts exceed $50,000 in three years, or their total assets not exceed $250,000, then the 1023-EZ is a great fit. This is where we can see that smaller organizations are better for this form, as they typically have lower operational costs and general outreach within their communities. Some examples of organizations that complete a 1023-EZ are animal rescues, youth sports leagues, youth mentorship programs and community betterment projects. Just because they are smaller nonprofits and fill out a 1023-EZ rather than the longer form does not make them any less important. On the contrary, big things come in small packages. Best of all, at the end of the day either of the forms will bring 501c3 approval for your nonprofit.

It is best to be realistic when taking the 1023-EZ and 1023 form into consideration. It is understandable to want to save money and not bother with the complexities that a 1023 standard form presents, but if your organization is large and has many details that cannot be overlooked or shortened, you must go with the 1023 standard form. A 1023-EZ will not cut it for your organization. We understand that setbacks are frustrating, especially when you are desperately trying to get a nonprofit started, so doing things right from the start can make all the difference later on down the road. This can be accomplished by not only choosing the right 1023 form, but a) knowing the difference between the two 1023 forms, b) knowing what kinds of nonprofit organizations are best suited for each form, and c) knowing WHY your organization cannot get by with the 1023-EZ alone. When you are fully and informed on those topics, only then will you be ready to choose the correct form and start down the path of 501c3 approval.

Fill in our registration form and one of our business consultants will contact you shortly.