A Look at the Charity Dinner

What are the most profitable fundraisers for your charity? Well, the real answer is “it depends.” It depends on what your organization is and who your supporters are. A charity golf tournament would be a goldmine in the proper context, but most charities would probably lose money if they tried it. So you need to be mindful of how your supporters like to do their giving, and what types of events they are interested in.

However, there is one charity fundraising idea that is consistently appealing: food. Specifically, the dinner: a grand event featuring a hearty meal and a good time. People love food, and they love a good time. Today, let’s look at the charity dinner and why it often makes for one of the most profitable fundraisers.

“Dinners” aren’t quite a fundraising event in themselves. Rather, they’re the setting for many different kinds of fundraisers—and quite a successful setting, too: When you look at what the most profitable fundraisers are, it turns out that treating people to good food and a pleasant evening is a great way to put them in the mood for giving.

Dinners are not a small event, and they aren’t a sure bet when it comes to fundraising. This is because they add a great deal of cost. You’re looking at venue rental, catering, the cost of the food itself, and event clean-up, just to name some of the bigger expenses. What this means is that, in order for a dinner to be successful, you’ll need to bring in a lot of money. So, when you’re asking yourself what the most profitable fundraisers are, make sure you factor in these added costs honestly, and make sure you’re confident that you will bring in enough money to make the event financially worthwhile.

That said, here are some different charity fundraising ideas that center around the dinner: 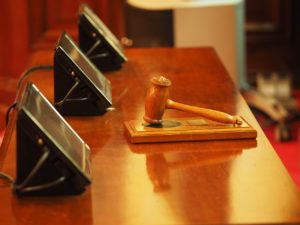 Auctions are a classic type of fundraiser, and you can supplement their profitability by building them around a dinner. The items up for auction don’t necessarily have to be expensive, but, if not, they should either be rare or inherently desirable:

There are two different types of auctions: If you want, you can stick entirely with the well-known type, which involves a live announcer calling out bids from the audience. However, if you have some smaller items that you feel wouldn’t be a good use of your guests’ time if you were to auction them live, you can run a “silent” auction in the lobby, where attendees can write down their bids on a sheet of paper at their discretion. 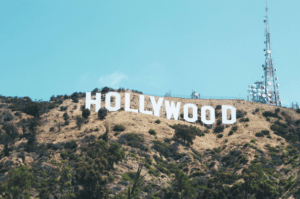 What are the most profitable fundraisers? Dinners that feature celebrity appearances are certainly up there! If you have a high-profile supporter who can fill seats, or are able to reach out to one successfully, then you have the recipe for a very lucrative event. It’s not always easy to find a celebrity, but, if you can, the celebrity dinner is a great charity fundraising idea.

A celebrity dinner offers multiple revenue streams: On top of the ticket charges, attendees can pay extra for additional perks such as the opportunity to get an autograph, or, for your biggest donors, perhaps a seat at your celebrity’s own table. If applicable, you might also have some signed merchandise for sale, be it the celebrity’s merch (such as a book) or your own merchandise, like t-shirts.

A word of caution: Having a celebrity guest adds even more costs, as you’ll usually be providing your guest travel expenses, lodging, and, in a few cases, security. Keep that in mind when you think about what the most profitable fundraisers are. Occasionally, a guest may choose to bear these costs on their own, either for the tax deduction or as a show of support for your cause, but do not expect this.

If you’re in a big city, you can make the venue itself part of the draw. A posh restaurant, a boat, a resort…these are just a few charity fundraising ideas for your dinner.

We said that dinners aren’t quite a fundraiser in themselves, but this isn’t strictly true. It’s certainly possible to hold a “vanilla” fundraising dinner without any other special event attached: no auctions, no celebrities—although we do recommend that you enrich the evening with live background music, of a genre (and volume) that your attendees will appreciate.

When deciding whether to hold a vanilla dinner, remember that the most profitable fundraisers are the ones that your particular donors and supporters are most interested in. If your supporters have a love of food, community, and getting together for social events, then a dinner can be wildly successful.

If you do hold a vanilla dinner, the ticket sales (also known as “cost per plate”) will be your main and perhaps only source of income for the event. That means you’ll need to charge quite a bit of money for those lobster raviolis and braised beef shanks. In turn, this will price some of your supporters out from being able to attend your event, and will cause you to lose out on whatever amount of money they would have been willing to donate. So, if your average donors aren’t at a very high income level, then a vanilla dinner might not be the correct answer to the question of what the most profitable fundraisers are.

One thing you can do to mitigate this problem is to have different ticket prices: a “Gold Plate,” a “Silver Plate,” etc. Your cheapest plate will still need to be pretty expensive, but at least you can knock a few dollars of that price level, while potentially unlocking much larger donations from those who can afford it.

Charity dinners are only one of many possibilities when it comes to the question of what the most profitable fundraisers are. At CharityNet USA, we have the experience and expertise to offer many different kinds of charity fundraising ideas, custom-tailored to your organization’s specific focus, culture, and donor base.

Contact us today, using our online form or by phone at (877) 857-9002, to speak with our consultants about your needs. Or visit our service pages to learn more about how we can help your organization grow and sustain itself. Here are some of our services relating to fundraising and general growth: