How Long Does It Take For My 501c3 To Be Approved? 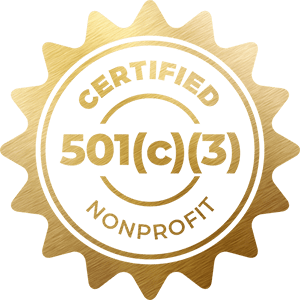 It has been a winding yellow brick road of checkboxes and signatures, but you did it! You made it to Emerald City. Your 1023 application is signed, dated and submitted with the filing fee, and now you can rest easy knowing that your application is pending approval from the Wizard of Oz, or the IRS. The question is: how long exactly will you be resting easy?

Most people anticipate at least some measure of processing time before they receive 501c3 approval, but what they do not realize is that it may take longer than just a few weeks. This is not due to the IRS holding your application over your head like a childhood bully, but rather due to other contributing factors.

How Long Will It Take To Hear Back?

On average, the IRS receives more than 80,000 applications a year for nonprofits. While you may hear that it takes two months, or eight months, the truth is that the amount of time for 501c3 approval depends on the application. It can also depend on the time of year, the type and classification of the nonprofit, and the complexity of the application itself. For example, if you were to submit a 1023 application at the peak of tax season, when tensions are high and numbers are even higher, you could not feasibly expect to receive 501c3 approval lickety-split. Likewise, if your nonprofit involves a more multifaceted schedule, as it would for a nonprofit church, it requires a higher level of review.

The same argument can be made when comparing a 1023 paper application and a 1023-EZ application. EZ applications usually experience shorter time frames, and smaller filing fees, due to their capability of being e-filed. They are processed faster, yes, yet the nonprofits that are associated with them are typically not as large or complex as the ones who employ the 1023 paper application. Our world, however far it is has come in terms of technology, is not yet at a point where we can simply submit every little thing online and hope for the best.

Regarding 1023 applications and processing time, the Internal Revenue Service states: “Some types of applications must be assigned to specialized agents due to the issues involved, however, and may take longer. These applications are also assigned in order from the date they were received.”

Things That Can Hold Up The Process

So now that we understand the gist of why approval can take so long, let us fast forward a bit. A few months have passed, the assembly line has continued to move, and it is finally your turn for 501c3 approval. The process can run smoothly from here, as it is just a matter of making sure all documents are filled out correctly with their proper attachments included, but it is also where things can potentially come to a screeching halt.

A missing signature or page, a box left unchecked or an incorrectly written EIN are seemingly small, inconsequential mistakes that can often lead to a large problem in the 501c3 approval world. Therefore, it is best to make sure that the 1023 form is populated correctly, with each box checked and every explanation as detailed and expanded upon as much as possible.

Another reason for a delay in approval, surprisingly enough, is a missing filing fee. Imagine doing all that hard work and proofreading, only to have forgotten to send a check along with your 1023 application. It is important to follow all aspects of the blueprints when constructing a project, and that is no different for 501c3 approval. Each piece is necessary to complete the puzzle.

Things To Do In The Meantime

So what exactly can you do to make progress when you are essentially participating in the IRS waiting game? For one thing you do not have to sit at home, twiddling your thumbs, wondering how you can get your nonprofit off the ground in a time of stagnant inactivity. During the months that it will take for 501c3approval, you can be as hands-on and determined as you would be had you been approved immediately. It may not seem like a lot at first, but the time, effort and operations that go into a nonprofit are substantial.

If you have not yet had a chance to do so, meet with your board. Discuss the basics of your organization, as well as any long term or short term goals. Communication is key between board members, as it takes a hardworking crew to run a tight, well-oiled machine.

Some Basic Housekeeping Questions Your Board Can Ask Itself:

“Do we have a way of promoting and marketing our nonprofit?”

“Have we planned any fundraisers?”

“Are our programs and activities structured for maximum efficiency?”

Between life and other obligations, you may feel that there is simply not enough time to organize your nonprofit properly and productively. This is why it is good to use the time awaiting 501c3 approval to focus on any administrative tasks that need to be taken care of. From constructing an interactive and informative website, to orchestrating an engaging fundraiser that informs people what your nonprofit is about, there are no limits to what you can do to be proactive.

Opening a bank account is a great first step for your organization once you have applied for an EIN, or Employer Identification Number. When looking for a bank it is best to do some research and ask yourself, “Which bank is known for working with nonprofits?” You will find that some banks, like PNC Bank, offer checking accounts specifically designed for nonprofits. Raising funds, saving, and growing funds are very important for a nonprofit, which is why it is mandatory for the organization to have and manage its own bank account.

In addition to an EIN, other documents may be required to open a bank account. Some of the documents can include the Articles of Incorporation, the Bylaws, and a number of other records. Rarely will a bank request an IRS determination letter, but it is a possibility to keep in mind in your search process.

Register Your Nonprofit Within Your Home State

After opening a bank account, If allowed your next order of business should be registering your nonprofit for charitable solicitation within your home state. Some states will allow you to register your Charity while your 501c3 is pending, while others require your 501c3 determination letter before accepting.  Also commonly called a Charity Registration, this form will allow a nonprofit to solicit for donations within their state. It is possible to solicit in other states as well, but that would require a larger process of registering in multiple states the nonprofit wishes to solicit in.

Once registered with your state you are free to solicit and accept donations for your nonprofit, so long as your generous donors are aware that you are not yet tax exempt and pending 501c3 approval. Most of the time people are still happy to donate to a nonprofit that is just starting out, as they both understand that 501c3 approval takes time, and that every organization has to start somewhere. It will also be rewarding for your donors to know that they helped an organization in their beginning stages, especially when the nonprofit eventually receives 501c3 approval down the road.

A board meeting, bank account, Charity Registration and fundraiser later, and the moment of truth has finally arrived: you have received 501c3 approval! Although it was not an overnight process, you occupied the months leading up to it with events and progress for your nonprofit. Now you can proudly wield your 501c3 approval like a flag. Just remember to thank your board members, as well as anyone else, donator or supporter alike, who contributed to your organization during your pending period.

If you remain unsure about 501c3 approval, how long it can take, or need help with your 501c3 application, please contact the offices of CharityNet USA to speak with one of our nonprofit specialists at 877-857-9002, or email us at info@brytebridge.com. We are happy to help you and your organization succeed in all of your nonprofit endeavors.